The raw most problematic Thoughts: 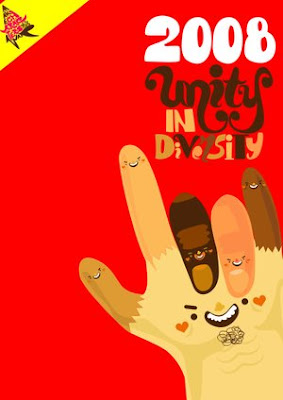 Is humanity bad (for itself, or anyone):
Bad? Well simply, No.
Otherwise, as far as I understand bad, bad is an intentional act.
But because Humanity tries VERY hard to survive, it cannot be bad.

But still there is the argument, especially of the global colonial civilizations, that "everyone" is, or thinks, that he/she is better as the other.
And because of that we form Nations, and Ideological groups, and live in anarchy of Nations, and in wars of ideologies.
(They didnt invent this concept, but brought it to an extreme).
(Against working together in diversity).

But I argue that this is just incompetent.
The colonial cultures were (understandable) overwhelmed by the task of governing just the whole planet, and thus escaped in a world where everyone has to look after himself, called Nations (or individuals), which results in the already mentioned anarchy of Nations (and in the form of individualism, in a consumer capitalism).
Which is still not a bad strategy, but just only one perspective and tool to work in, and with this world, of complex justice.

Thus the solution is quite obvious. Or not? I guess not, because probably you have a western view of the world and its system.

But the whole problem will have an answer immediately when we accept, that we are all, and by that I mean every organism, and even non living things, one.
But I don't mean it religious, you can interpret it like that, and I do not to want rule that out (just because I would pronounce it differently). But the fact is, that everything in this world defines the other.
No thing has an identity and position, without the other.
This is not religious; this is just a very aware observation of daily processes.
The sun is as much a part of our identity, which we praise so much, as a stone on Venus, or an African girl.

But why did the colonials choose this world view?
Because they had to.
Thus I say, that there is NO ultimate solution to ALL our problems.
Except trying to see all realities, basically to see what only gods can see, and this is only possible if we become (one with) god, but then there is nothing left to solve, because we would have to become ALL (one with) god. Because there cannot be a space or people without a god, and at the same time some with (a) god.

When we achieve that, we will be able to not have to rule over someone else, even, and because we know, that both of us know only a part of the truth and solution.

But the final task is to let go, of concepts that always rule out one other, and this is only achievable, if we just believe that there is another, even when we do not know that there is another way, especially then all other we know are a part of the solution.
But this believe makes RISK very necessary!
Which the colonials, did not accept, till today! They did not accept that there have to be "inefficient" cultures, "inefficient" economies from their perspective, in order to not rule out possible solutions, even when they did not know that there were some.
Thus Risk is an important part to the solution.
Risk in the form of believed "inefficiency". And that to handle is only achievable by self ironic humour, by believe in the connections that bind us, and faith in all those celebrating human qualities, that qualities which we the least call mechanic (which is at the same time a part of the solution).

Thus the revolution and the free individualism failed, because they did not accept that they have to be joinable, and that there has to be an "inefficiency". But they are still a part of the solution, at least because they are a necessity to reach this awareness.

They want PROGRESS for any PRICE, for ME or the REVOLUTION!
Which is not totally wrong, but it is only a part, a type of solution.

Through and by all of this, and the lessons which lead me here, which are learned out of and by history, I am sure we face a very bright future, but not without failures, because they are a sad but refreshing necessity of mortal, unaware connected reality.

Thus I cry for revolution, and progress, but also for the individual, and free, as well as the inefficiency, and the connection.
All is one, all is combinable, just because they are the most un-combinable, is that not a connection, a combination!?
As I learned from my father the western perspective, I learned to complete it with all the other realities, that I did not miss, because I felt there was something missing.
I was shown one part of this reality, and was given enough time and historical resources and experiences, to complete it with the awareness that there are all (not more) other realities, of that I am very thankful for my parents. Because they raised my awareness with one reality, and gave me space for others to gather, even that much, that I could see that there are endless, which I can’t see, otherwise I will ignore one.

After: I was in the "Knowing", in cinema with my father.
I found it very interesting, that by learning to let go, he (main actor) found out, that we are always connected, and one another’s product, self determined, but located only by the other, because location is only important in relation to others, thus they are a part of it, a defining part, thus a part of you, even if you for your part are self determined.
And the film showed that by accepting that, we will look into a bright future (and not by any stupid, very colonial, discriminative, paternal, mythical, holy, blessed, eugenic Nazi aliens).
Posted by Nsae Comp at 4/11/2009 11:32:00 pm