In the beginning there was A... (conclusion to "Why?")

In the beginning there was A (point/thing).

This point split in two, which created time, and is time itself.
Thus there were two existences/entities (room/space in/through time), and one identity (distinguishnes).
(The future would create new identities, within this global equalising identity, and new existences, which came and go to reach always new forms of identity).
… and thus the universe began, because time started, by taking A/the first step.

And with this splitting, life came into existence, and started to live, because time started.
So life is the point, the equality, the uniting element (otherwise they wouldn’t know of each other, because there wouldn’t be a uniting thing (so there is very likely a multiverse, but we will never know, because if we would, it wouldn’t be a multiverse anymore)).
And time is the freedom; the process of life, this process is called living.
Everything else is a logical consequence, out of the differencing effect of time…

… my favourite consequence is fraternité … the consciousness of these entities, that they are at some point equal, and thus react like brothers in theire, social, economical, cultural, political, scientifical, religious and environmental contexts, with characteristics like love ([for identity?]) and believe ([for existence?]) as types of the fraternal solution, to the great complexity that the differentiation has created.

The only quest left, is; what is time (the process within or with the point) and space (the point).
But even more interesting is, why is there time, why was a step taken?
For us this may be unimportant for solving any next step, because of time, thus freedom, no step is more important than the other, it is your own identities constitution and your own existences solution/consequence.
The question is not for space, because, only with time another thing came into existence, which we can relatively relate to. So before time, there didn’t exist anything, because only by time you can define something, otherwise you can’t relate to anything, not even to the question or assertion/assumption, that there is something existing.
So maybe there was something before time, before the separation. But defining that is maybe not useless for the understanding, as is the question (because without that we couldn’t reach consciousness in the form of fraternité), but it is not important to time, thus the process, the living of the universe (but for its life, because we constitute it’s life), because you couldn’t differentiate anything, before time, thus you could say that there was nothing or that there was everything (as it is done in astronomy and physics, with the status before the big bang).
But maybe this assertion/assumption, of these two kinds of views, were the reason for the creation of time?


For us humans, the delicate topic is fraternité, becoming aware of these facts, our consciousness, our cognitively, our understanding, the try to understand the world around us, from the moment of our birth, the try to understand it, and then being able to set in relation to the others, and their understandings, their realities, their awareness.
With the ultimate goal to become one again, to be able to die, to let go, through completeness, through global, awareness, cognitivity, connectiveness, through consciousness of equality and thus freedom. (see Isaac Asimov’s short story about entropy)

Trying to prevent death, is trying to keep differentiation, thus freedom, thus life, thus time. Because without stopping the entropy, the erosion, the total equalling, the death of time, thus death itself, the big freeze or new big bang is the only solution.
So we have to decide between total equality or part-equality & part-differentiation, thus freedom, thus the circle of life, to be able to keep living.

But to keep living, partial death, thus partial equality is needed.
So total equality is good as long, no big freeze happens, because only with a new concentration of everything, to one total equal dense mass, a new differentiation is possible...
(As I said, see Isaac Asimov’s short story about entropy)

So what will our decisions, our ways be?

You decide for yourself, what to believe and then to do, to love...

(...for forever or over and over again?) 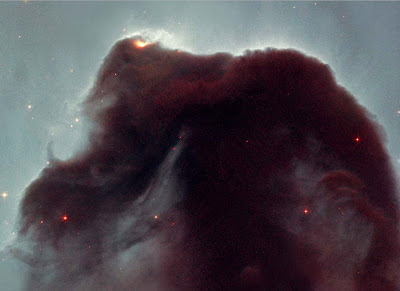 So you reached to the question for definition of zero or nebula".

Well, Ancient Indian philosophers have thought allot about it.
Some are theistic, some are atheistic.

I personally like the atheistic philosophical notes because they sound more rational.

One of them is Taittriya Vedanta.
It accepts as "Energy" the first cause, Nature of energy as the second cause, and life as the common resultant cause of it.
I have written something Here
Take a look.