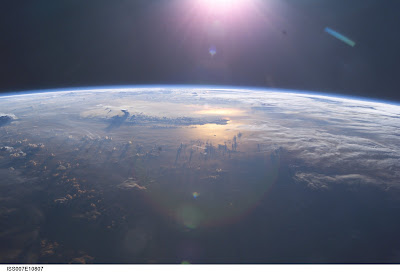 Why is there life?
Because there is the question, for the reason of life!
Because no-life would be as useless as life!
So why shouldn't I try them both?

Why am I living?
Because you ask!
Because not to live is as useless as to live!
So why shouldn't I try them both?

Why should I keep going on?
Because there is the question to keep on going!
Because not going on would be as useless as going on!
So why shouldn't I try them both?

Why, development & exploration?
Because the lifelessnes or stagnation is as useless as a frontier filled with life!
So why shouldn't I try them both?

If there wouldn't be life, life wouldn't have a purpose.
But because it is there, it has A purpose...

Which doesn't matter in the end, because both/all sides of the question are equally useless!
It only matters to you, which one you decide on!

... my dear friend, create your world, your reality, decide, what is for you less useless?
What is your most optimal, dream world, amongst the useless worlds, all worlds, all realities...

Start being the Big Bang of your world... of your reality!

"ALL THESE WORLDS
ARE YOURS EXCEPT
EUROPA
ATTEMPT NO
LANDING THERE
USE THEM TOGETHER
USE THEM IN PEACE"
2010: The Year We Make Contact (1984)

The reasonable questionairs and validating try to find the answers by one's own self is the only objective way of gaining knowledge.

I wrote something about it here