Universal equality and freedom, and tolerance and appreciation! But how? One is certain, I will never stop to make this reality! 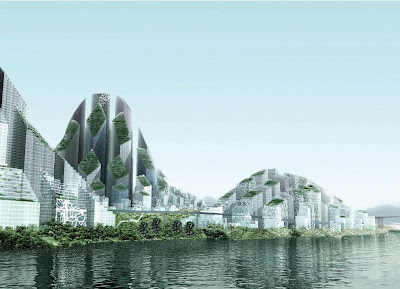 You know today was election in Austria.

And I was reminded once again, of the everlasting battle, that you should never be intolerant, always self critic, and never, arrogant, in pre set concepts & systems (for example right/left concept bad/good) and opinions, always ready to trying to break them anew, neutral and rational, and never focusing on critics on the others rather than on yourself, you should only learn from the others, like an organism, not pressuring or expecting from the other anything, then you create true equality and freedom, and than you cannot be disappointed, and see the world in all its depth and glory/joy, where everything fits together.
Never think you have understood, know, discovered, and lived everything.
Never pressure, let decisions grow, never urge, because than you will use clichés more easily under pressure and even fear.

Always be open for change, and even transformation, away from old worlds, and worlds combinations.
Because everyone is always right, that's the dilemma when taking decisions, but the great thing if you want equality, and we should not fall back to try changing this, by using ignorance and clichés.

There is no limit, there is no situation which is not interesting, and good to reach higher certainty, when the world decides, make the best out of it, always reaching for the stars, not discriminating anyone, within and from outside, in general the other.

Stay open, but stay true to your self and your ideals, only giving them up is their end.

Never forgetting certainty/consensus/unity is not reality, but consensus should always be the dream.
Unity within diversity.

This is the problem of all positions, that you have to distance from others, thus you have the difficulty to not discriminate, if at the same time you want to create a border between me and you, thus you create the another. Thus how can you then ever be not discriminative, and accept all others, as positions which speak of the same truth, just with other words and focuses?
This is the reality, become aware of this uniting reality, that they are not able to speak of different truths, because they live in the same world, and everything which happens within it, is equally true for all of us.

Freeing your mind, and recognizing everyone equal!

We shall see, which new certainty will grow out of all this, and everyone takes part in creating this process, that's the principal of equality, thus everyone should be honoured and be taken into account, and be accepted as the will of reality and the process of cultivating the new certainty, always enriching this new accepted world, to infuse this world with other possible certainties/tendencies, to crytallize out the best certainty, out of these pools of dreams, wishes, voices, opinions and decisions.
Posted by Nsae Comp at 9/28/2008 10:23:00 pm